Thank you so much for checking out my website. Whether you were invited by me, referred by someone else, or you stumbled upon this we... 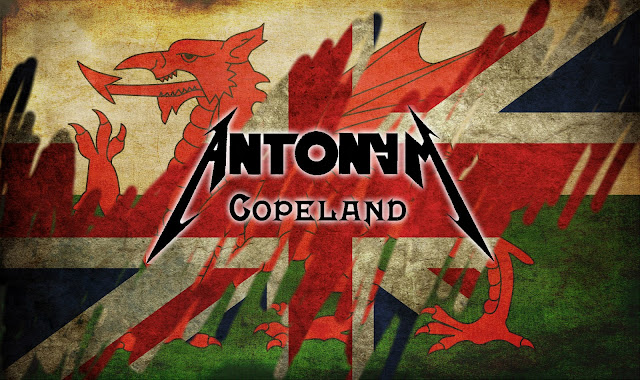 I was challenged by the rising Facebook star Chris Forbush to write a blog article about success. In fact, the challenge was open to anyone who read the post. What he actually said was:

As you can see I told him my life isn't a success story yet, which isn't entirely accurate. I've succeeded at quite a few things in life. I've survived school and several different jobs. During my not-so-successful marriage in the US, I learned that I was holding myself back and putting my own desires on hold. By the time I'd come back to the UK after my marriage crumbled,  it didn't take me long to realise that I wasn't going to find success following a traditional career path.
When I was a child I couldn't make my mind up what I wanted to be when I grew up. I wrote about being a fireman, or a spaceman, a robot, or a wizard, a pirate, or a palaeontologist, an inventor, a scientist, or a knight. Even as an adult I would agonise over my life choices and write about ways I could achieve my goals and find happiness. It was only in the last few years that I realised I'd been a writer all along.

Even then I didn't take the plunge to becoming a full-time writer until this year. I came back broke so I moved in with my Grandparents. I was trying to hold down a part-time job to bring in some money while I wrote, but I found the work and the people I worked with to be exhausting. I didn't come home motivated or inspired. My mind was occupied with gossip and criticism. It wasn't worth it.
I'm lucky to have family that are able to support me while I make a real go of this. I can write and look for additional opportunities to get paid for my writing without having to worry too much about keeping a roof over my head. I can't just kick back and relax, they're not made of money. I know that their budget has gotten a lot tighter because of me. My next 'success' will be when I start to receive paychecks for the stories I have submitted and will yet submit.

It's coming, I can feel it!

It would also be nice if I had a few more paying subscribers to my blog, but so far my attempts to encourage followers to pay even £1 per month have fallen flat, but I'm still determined to make this work. So in addition to writing and looking for publications that pay for submissions, I've created a version of my Wordpress website in Blogger and I'm also going to share my work on Patreon, Wattpad and CoPromote to try and increase my exposure. This should dramatically increase the chance that clients and patrons will find me.
I will, of course, continue to share every article I write on Facebook and Twitter also. Including every future entry of the Sci-Fi story I'm writing, Hermes925. If you like Sci-Fi (with a little fantasy and dystopia thrown in), feel free to read the story from the beginning via the Wattpad page or the Wordpress Page. If anyone can tell me how to add 'next page' and 'prev page' on Wordpress, I'd love to hear from you.
In addition to spreading myself across the internet as far as I can think of right now, I've also submitted a short Ghost Story to a publication which won't want it published elsewhere if they accept it (so read it while you can), an ezine called Diversions from Drudgery is going to serialise Hermes925, and I'm working with a team of writers to produce short stories to include in the sourcebook for a futuristic roleplay game.

I have quite a few irons in the fire, and I honestly feel that success is just a matter of persistence and time. Though, for the sake of my family and my girlfriend, I hope it's sooner rather than later. If you'd like to help us, you can either subscribe via small monthly payments, make a single larger donation, commission me to write you a story, impart your expert advice, or share my work with those you think would appreciate it. I'd be very grateful no matter which of the option(s) you choose.
In the meantime, I'm going to keep working toward my goal every day. I hope to begin reaping the fruits of my labour soon, but I expect there'll be plenty of anxiety and disappointment on the way. I'll try to avoid them by talking to readers, publishers and other writers to learn the secrets of success. I'm looking forward to hearing from you, for any reason you like, but particularly if you can help me achieve my goals.
Thank you for reading, and have a great day! :)
Posted by Unknown at 13:56 No comments:

Thank you so much for checking out my website.

Whether you were invited by me, referred by someone else, or you stumbled upon this web page by accident then you are equally welcome.

I hope to have something here for everyone, though it isn't my primary intention. Nevertheless, I encourage you to look around, see what I've written. In particular, I hope you enjoy Hermes925.

If you happen to find an article, a rant, a story, or a literary scribble that you enjoy, please share it all over the place. If you like what you see, please become a patron so I can keep writing as my full-time career.
-Antony M Copeland.
Please show your appreciation for my work by subscribing:
Posted by Unknown at 06:23 1 comment: